Cardiff ended a run of four games without a win as they beat Sheffield Wednesday 2-1 thanks to early goals from Robert Glatzel and Junior Hoilett.

Tom Lees reduced the arrears but the home side were unable to get back on level terms, falling to their first Hillsborough defeat in the league since Garry Monk was named as manager in early September. 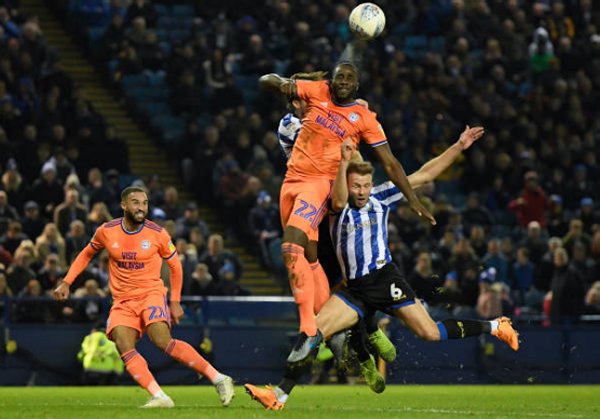 Bamba off the bench to impress in defence

Cardiff took a fifth-minute lead when Lee Tomlin found Glatzel inside the area and he brought the ball under control, held off Liam Palmer and fired low past Cameron Dawson.

Hoilett put the visitors further ahead three minutes later as he met Tomlin's low cross with a fine first-time finish.

Wednesday had a double chance to score when Sam Winnall had a low shot blocked by Jazz Richards and Barry Bannan's follow up was well saved by Neil Etheridge.

Skipper Lees pulled a goal back for the hosts in the 18th minute when his far post header from Bannan's corner went just inside Etheridge's left-hand post.

There was a break in play while Hoilett and Joe Bennett received treatment following a clash of heads. Hoilett was able to carry on but Bennett was taken off on a stretcher and replaced by Will Vaulks.

Lees went close to scoring an equaliser, seeing his initial shot blocked and then his follow up cleared off the line by Leandro Bacuna.

In time-added-on at the end of the half, Glatzel slid in at the far post but couldn't direct the ball on target.

Vaulks sliced a shot wide from inside the area as Cardiff looked to establish a two-goal cushion after the restart.

A late challenge by Hoilett on Palmer resulted in the former receiving a yellow card amid strong protests from the home crowd, while the Wednesday player had to be helped off the field and was replaced by Julian Borner.

Etheridge punched clear from Jacob Murphy's ball played in from the left and Marlon Pack fired in a low drive which went narrowly wide of Dawson's right-hand post.

Curtis Nelson then threatened to break free with a strong run from his own half but his touch was heavy, allowing Dawson to gather the ball comfortably.

Vaulks put a powerfully struck free-kick on target in stoppage-time but it was straight at Dawson who dealt with it easily.

Wednesday substitute Atdhe Nuhiu burst through the centre but, under pressure from a couple of chasing defenders, he shot wide in the closing stages.