Kenneth Zohore scored a 93rd-minute winner to give Cardiff a 2-1 victory at Southampton which moved them out of the Premier League's bottom three, on a day when both clubs paid tribute to Emiliano Sala, writes Sky Sports.

Cardiff warmed up in shirts featuring an image of their striker, who this week was confirmed to have died in a plane crash, and there was a minute's silence before kick-off.

When the action got underway at St Mary's, the first half was a quiet one, but Sol Bamba (69) slotted home after the break to put Cardiff ahead. 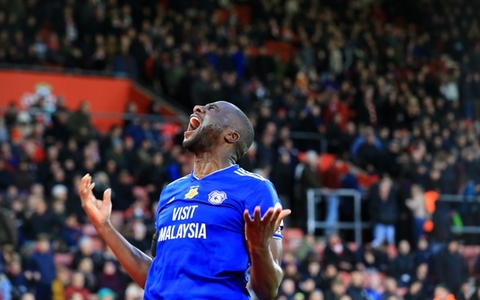 It looked like Southampton had snatched a point in the first minute of added time when Jack Stephens netted at the back post, but it was the visitors who had the final say as Zohore managed to sneak the ball into the net and seal all three points for the Bluebirds.

Cardiff have now won consecutive top-flight matches for the first time since April 1962 and go above Southampton into 16th place, while Saints drop into the relegation zone after Burnley's 3-1 win at Brighton, now in 18th on goal difference.

Southampton shaded the few chances in the first half, and went close in the 12th minute. Ryan Bertrand burst down the left-hand side before whipping a cross into the area. Hojbjerg attempted a shot, but could not connect, before the ball was sent just wide by the leg of Lee Peltier.

The only shot on target of the opening period came in the 39th minute as Joe Ralls' headed clearance fell to the feet of Hojbjerg, who tried his luck from 20 yards, but it went straight into the hands of Neil Etheridge at the near post.

Cardiff scored from their first corner of the game in the 69th minute. Ralls delivered the set-piece, which Callum Paterson nodded down towards the back post. Bamba had got away from his marker, Oriol Romeu, to slot home before jumping over the hoardings and celebrating with the away fans. 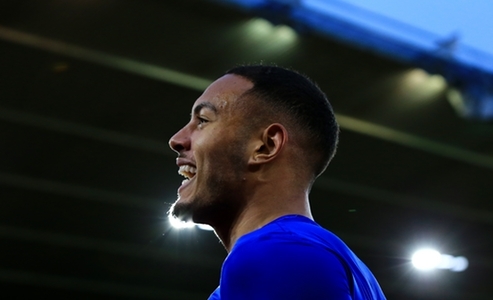 Five minutes later and Cardiff could have had a second. A clearance from Romeu landed to January signing Leandro Bacuna, who powered the ball towards goal and forced a save from Alex McCarthy. Southampton also saw three efforts blocked in quick succession in the 77th minute, with a Yan Valery shot saved by the foot of Etheridge before Charlie Austin was twice denied by Peltier.

As five minutes of added time were shown, Southampton found the back of the net. James Ward-Prowse delivered a corner which whistled across the face of goal and found the incoming Stephens at the back post, and he slotted home past Etheridge.

But the result was not yet decided as, two minutes later, Cardiff scored their all-important winner. Harry Arter's lashed effort found the feet of Victor Camarasa, who did well to hold the ball up before laying it off to Zohore. He then fired through the packed box and saw it squeeze into the bottom corner as Cardiff snatched all three points.