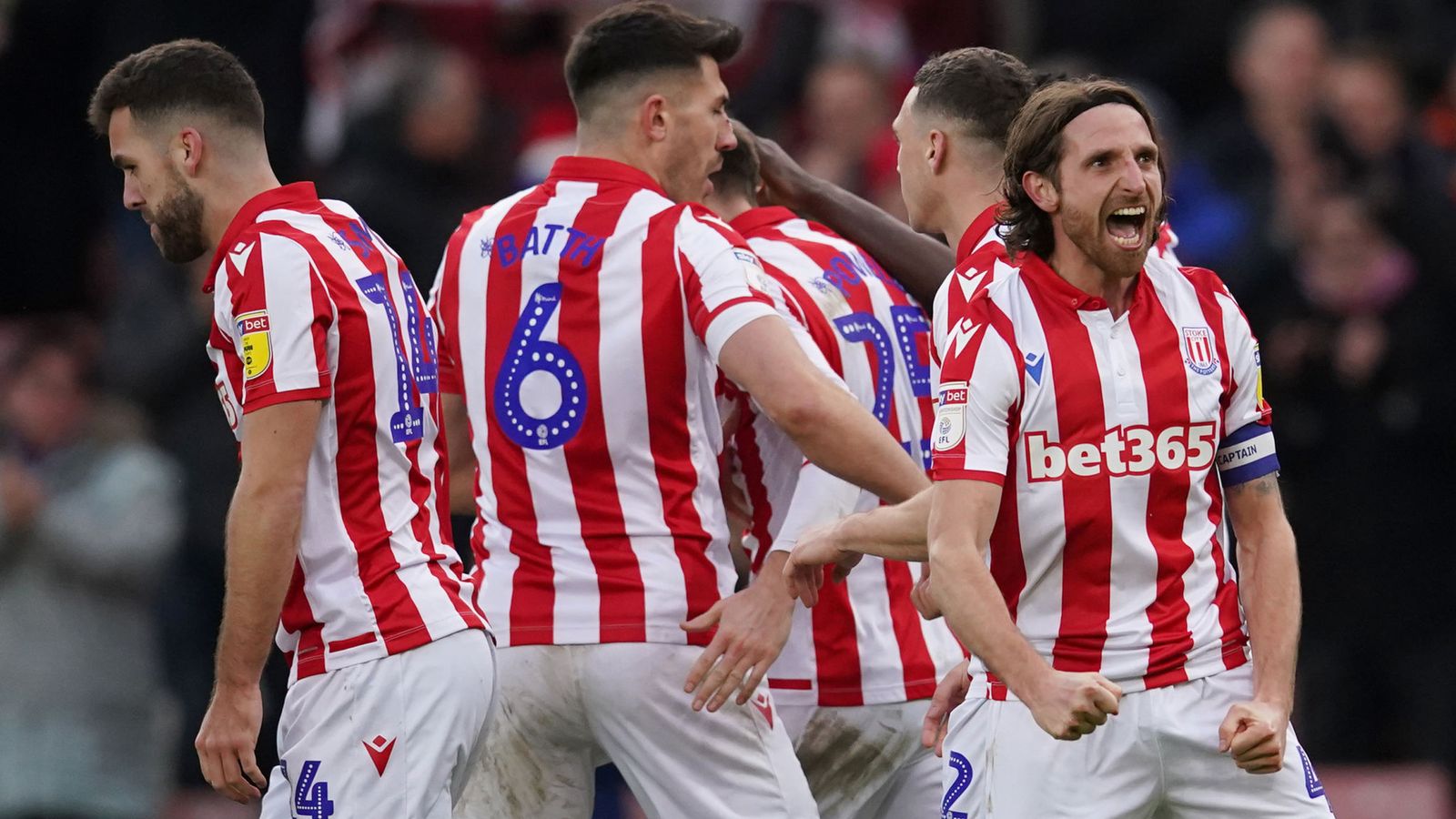 And the hosts could have won by more had it not been for smart saves from Cardiff goalkeeper Alex Smithies, who twice denied striker Tyrese Campbell.

Victory for Stoke was their first at home in the league against Cardiff since February 2008, with O'Neill's charges having pulled further away from the relegation zone with a much-needed three points.

The hosts were faster out of the blocks and striker Campbell was denied a sixth-minute opener after a point-blank block by Smithies.

Winger Sam Clucas provided an inch-perfect pass for Campbell to latch on to, but an alert Smithies raced off his line to avert the danger.

Cardiff countered and Danny Ward shot straight at Stoke goalkeeper Jack Butland with their first chance of the contest.

Tom Ince lost his marker with some trickery but rifled just wide with a powerful left-footed shot for the hosts soon afterwards.

But then the breakthrough came in fortuitous circumstances for O'Neill's side.

Jordan Thompson's inswinging corner from the right evaded everyone but Paterson who unluckily saw the ball cannon off his back and into the empty net.

Campbell had an excellent chance to double the lead shortly after the half-hour mark, but his shot from close to the penalty spot was deflected wide.

Midfielder Will Vaulks volleyed into the hands of Butland and Josh Murphy blazed well over the crossbar as the Bluebirds failed to get back on level terms before the break.

Stoke could have extended their lead 15 seconds after the resumption, but Nick Powell lashed into the side netting with a stinging strike.

Campbell curled a left-footed shot inches wide before proving a nuisance for the second goal. Smithies did well to twice thwart him, but Wales international Allen pounced to seal the points.

Campbell so nearly scored after a superb solo run, but Smithies tipped his fizzing strike wide of the post.

Butland had to be alert to tip Albert Adomah's chipped effort over his crossbar and substitute Robert Glatzel had a shot blocked in the box.

But the Bluebirds lacked a killer finish and the Potters claimed only their second win in five games to boost their survival hopes as they sit three points above the drop zone.