Derby Day disaster as Cardiff put in a static, creativeless effort leaving the manager and players open to critcism.

The decision to play two central midfielders saw Cardiff overrun in the middle of the park and with no pace or skill going forward City created next to nothing. 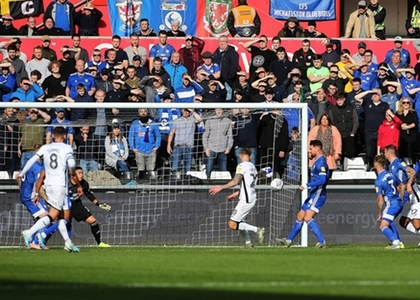 Ben Wilmot heads the only goal

Swansea meanwhile were rampant all over the pitch, they found space in abundance and with their crisper passing and pace made Cardiff look like dinosaurs. Cardiff had no player with the skill to break free and pressure the defence. It was long aimlesss balls to non-existant centre forwards

Neil Etheridge looked shot in the first half but did recover for a better second half and the only credit can be levelled at the defenders who put their body on the line towards the end to keep it at 1 - 0.

This was no close South Wales derby. It was a drubbing.