Wolves scored twice in as many minutes to leave Cardiff deep in relegation trouble with a 2-0 win at Molineux, writes Sky Sports.

Diogo Jota netted a goal-of-the-season contender in the 16th minute after a flowing move involving Morgan Gibbs-White and Raul Jimenez.

Benfica loanee Jimenez doubled the lead on 18 minutes having been teed up by the unselfish Jota, following Sol Bamba's error. 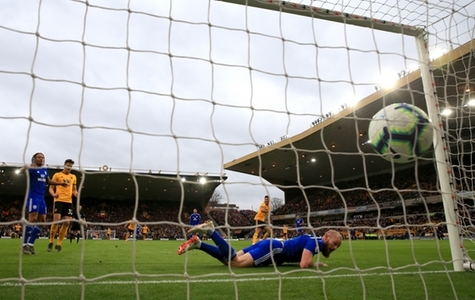 The result cements seventh place for Wolves, while Cardiff remain two points from safety in 18th after a third Premier League defeat in a row.

With Nuno Espirito Santo having admitted Wolves' attention is already on the FA Cup quarter-final against Manchester United in a fortnight, Cardiff had an opportunity to galvanise their survival bid.

Joao Moutinho and Ruben Neves started on the bench and the volume of changes made by the hosts appeared to affect their nervy start to the game.

Cardiff could well have hit the front inside seven minutes when John Ruddy - making his first Premier League appearance in 1,021 days in place of Rui Patricio - almost spilled Aron Gunnarsson's effort into his own net.

But Wolves then took complete control with two goals in a flash, first as Portuguese attacker Jota finished off a flowing move including Jimenez and the elusive Morgan Gibbs-White which cut the visitors apart.

The summer signing from Atletico Madrid was involved again as Wolves doubled their lead, collecting Jimenez's cross and drawing Neil Etheridge before teeing up the forward to slam into an empty net.

Leander Dendoncker then hit the post from a Gibbs-White corner as Cardiff threatened to cave in.

Sean Morrison was fortunate not to be dismissed for a forearm smash on Jota, before Ryan Bennett escaped a second booking before half-time for a lunge on Joe Bennett.

Cardiff's torment was compounded when they lost defender Bamba to an ankle injury which forced him to be stretchered from the field.

After the break, Wolves had numerous opportunities to add to their lead as Cardiff failed to muster a second-half comeback.

Adama Traore twice missed the target with efforts from outside the box, while Bluebirds 'keeper Etheridge made a series of fine stops to save the away side's blushes.

The 29-year-old made a fine close-range save to keep out Jimenez after substitute Matt Doherty's tricky run, before Ruben Vinagre forced Etheridge into turning the ball over the bar.