Campbell's close-range header from a long throw set the league leaders on their way, and he rose again after the break for his fifth goal in five games.

And then Sylvan Ebanks-Blake missed a late sitter to snatch a draw when he missed from no more than five yards.

Having looked comfortable for so long, Cardiff had to dig deep in the final stages as a more attacking Wolves formation finally brought the home team to life.

Ebanks-Blake seemed certain to equalise 10 minutes from time, but the substitute will be left to rue one of the misses of the season.

Defeat leaves manager Dean Saunders still searching for his first victory after eight games in charge as his side stay in the bottom three.

Cardiff, though, can reflect on an efficient if unspectacular victory; capitalising on Hull's defeat to Bolton on Saturday to stretch clear at the summit once more.

The visitors' pressure had been building gradually when Campbell again showed the kind of scoring instinct that Mackay predicted the striker would add to the side.

Centre-back Ben Turner used his considerable frame to flick on Aron Gunnarsson's long throw and Campbell could hardly miss from a four yards.

Cardiff were competent in possession, streets ahead of their hosts in terms of movement off the ball.

The eagerness all over the pitch to receive the ball perfectly illustrated the contrasting pressures on both sides - Cardiff keen to create in search of significant rewards, Wolves afraid to make a mistake in their battle for survival.

For all their passing ability, it was another long Gunnarsson throw that almost doubled the lead after the break.

A defensive header reached the edge of the area where Don Cowie fired back towards goal. Craig Bellamy was quickest to react after Carl Ikeme's save, but the striker's celebrations were ended by an offside flag.

Wolves rallied, creating two inviting opportunities for Kevin Doyle. His first header lacked conviction and was deflected for a corner, and the second went straight at goalkeeper David Marshall. 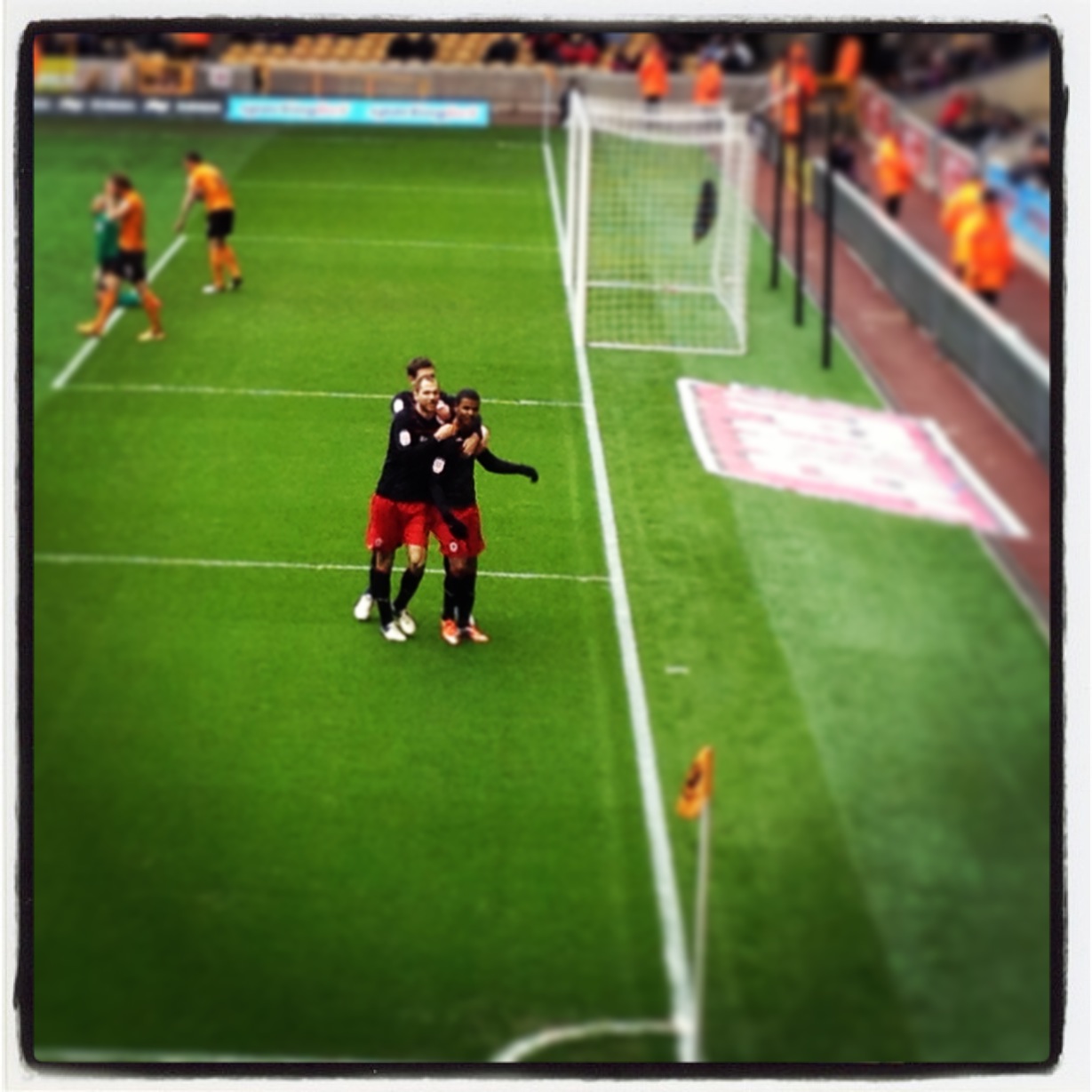 And just as the home side looked to be gathering momentum, Cardiff doubled the lead on 67 minutes.

Bellamy delivered an in-swinging cross from the left, and Campbell again rose unmarked to glance the ball home.

That looked game over, but Wolves responded three minutes later when Sako's driven free-kick from the edge of area pierced the defensive wall and deflected past a stranded Marshall.

Sako then delivered a glorious chance for Ebanks-Blake to grab an equaliser after racing 80 yards down the left flank.

With the goal at his mercy, Ebanks-Blake's downward side-foot effort bounced over the bar from no more than five yards out and Cardiff held out to extend their unbeaten run away from home to nine games.